Home > About Us > Leadership > Our Board 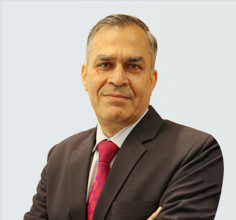 Keshav Porwal is the Managing Director at Capital India. He is responsible for formulating the organization’s overall growth strategy and guiding its evolution into a reputed financial services institution.

With almost two decades of experience in the finance and real estate sector, Keshav is an industry veteran. He has successfully closed large, complex real estate transactions involving leading developers across the country as well as PE investments. He has worked across all aspects of real estate financing ranging from risk management to new product launches. Keshav has also been involved in the restructuring and re-engineering of medium-sized enterprises in the auto and hospitality sectors.

Vinod Somani, is a fellow member of the Institute of Chartered Accountants of India. He is a senior partner with M/s KG Somani & Co., chartered accountants since 1986. He has been auditing the accounts of Nationalised Banks, Insurance Companies, Government and Public Sector Companies. He has a sound knowledge of Finance, Companies Act and Tax Laws. Since M/s KG Somani & Co was registered under the SEBI Merchant Banker Category IV, he is well-versed with Merchant Banking activities. He was a member of the MOU Task Force and Expert panel of the Task Force on the Memorandum of Understanding of Central Public Sector Enterprises.

Yogendra Pal Singh had joined the Indian Police Service in 1981. He held several positions in the police force in Uttar Pradesh in executive policing, vigilance, police training and armed police. He served at the Central Bureau of Investigation in the fields of Special Crime and Anti-Corruption, for nine years, as DIG (Special Crime) and Joint Director (Mumbai and Delhi Anti-Corruption zone) respectively. He has served at the International Cricket Council, Dubai in the capacity of General Manager and Head of Anti-Corruption from June 2011 to March 2017.

Malay Mukherjee has over 41 years of experience in the field of Banking and NBFC, including Venture Funding, Factoring, and Broking. He is the former Chief Executive Officer and Managing Director of IFCI Limited and was responsible for the growth and development of the business of IFCI. He also held the position of Chairman on various group companies of IFCI Limited. As a former Executive Director of the Central Bank of India, he looked after portfolios such as Client, HR, General Administration, IT, Corporate Communications, Publicity, Marketing, Client Coverage, and New Initiatives.

Further being associated with Indian Bank for 35 years, he accrued wide field exposure, having worked in various branches, regions and zones including Assam, Bihar, West Bengal, Karnataka, Maharashtra, Gujarat and New Delhi. He is also the past Chairman of the Board of Governors of Management Development Institute (MDI) and Chairman of the Institute of Leadership Development, Jaipur. Additionally, he also served as a member of the Governing Body of Entrepreneurship Development Institute of India (EDII), Ahmedabad. 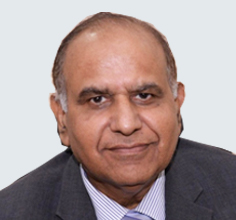 Subhash Chander Kalia has an extensive experience of over 38 years in the Public Sector Banking Industry both in India and Overseas. He has held senior positions with major Banks namely Union Bank of India, Vijaya Bank, Bank of Baroda. Currently, he is serving on the Board of PNC Infratech Limited, BOI AXA Investment Manager Private Limited, IFCI Venture Capital Funds Limited, and Om Shri Shubh Labh Agritech Private Limited. He has done an M.A. in Political Science and he is also a Certified Associate of the Indian Institute of Bankers.

During her tenure as the Regional Director, she was responsible for all supervisory/operational functions of inter alia banks, NBFCs, and cooperative banks and Chaired the Empowered Committee for MSME and Co-chaired State level Meetings including the SLBC, SLSC and SLCC.

As the General Manager, Financial Institutions & Development Department, Chandigarh and New Delhi, she performed the role of spearheading financial literacy and addressed various seminars including those of CII and the PHD Chambers and as the General Manager, Department of Banking Regulation, Mumbai Central Office, she was also responsible for the Financial Institutions Division and the Credit Information Division.

She has completed CAIIB, Masters in Political Science from Allahabad University and Graduation from Lucknow University.